Our featured single, ‘Brand New’ by Kulture Free-Dem, is out now and is available to stream on all major streaming platforms!

Kulture Free-Dem is a well established rapper and artist who comes from the boroughs of New York City. With a natural talent for lyricism and songwriting, Kulture Free-Dem initially began writing rhymes at just seven years old. By the time he was nine, Kulture won a Rap Contest at a St. Gabes event. When he was around fourteen, Kulture Free-Dem started recording some of his own freestyles on cassette tapes. Two years later, he signed to Dick Scott Entertainment & Congo Square Productions and was on the path to establishing himself within the music industry.

His debut streaming album: ‘Uhuru Movement’, was released in 2006 and “pushed over 100,000 digital global units and instantly gained a classic-worthy status”. After taking a ten year hiatus from the music scene, Kulture Free-Dem is back to share his unique talent with the world.

Our featured single, ‘Juss Barz’ by Kulture Free-Dem, is out on the 19th of November and will be available to stream on all major streaming platforms!

Kulture Free-Dem is a well established rapper and artist who comes from the boroughs of New York City. Having always had a natural affinity for lyricism, Kulture Free-Dem began writing rhymes at the young age of seven. At nine, he won a Rap Contest at a St. Gabes event. By fourteen, Kulture began to record some of his freestyles on cassette tapes. After signing to Dick Scott Entertainment & Congo Square Productions when he was sixteen, Kulture was already on the path of becoming an established artist.

With his debut streaming album dropping in 2006, ‘Uhuru Movement’, Kulture Free-Dem “pushed over 100,000 digital global units and instantly gained a classic-worthy status”. After taking a ten year hiatus from the music scene, Kulture Free-Dem is back to share his unique talent with the world. 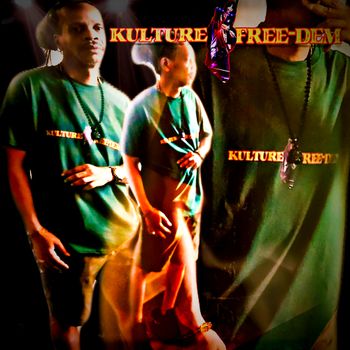 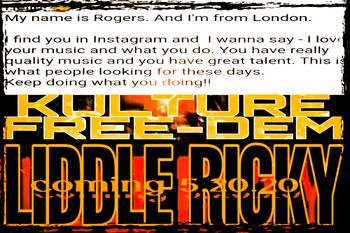 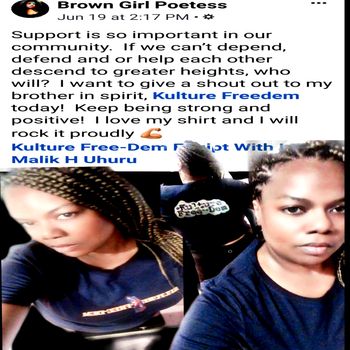 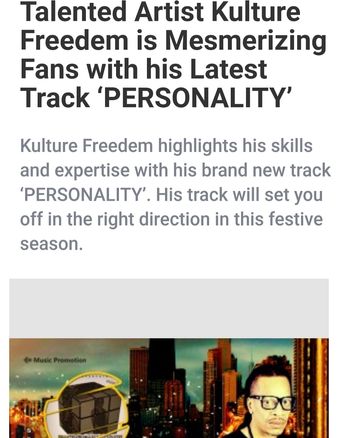 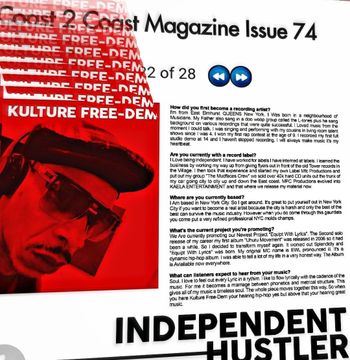 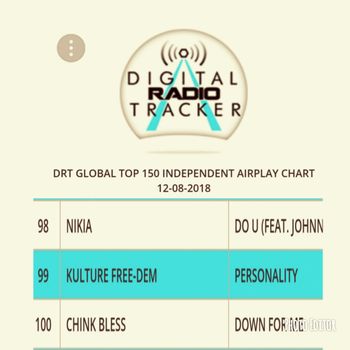 “KULTURE FREE-DEM – Personality KULTURE FREE-DEM is back on the set with another sensational offering titled ‘Personality’ Kulture’s new song “Personality” is truly a bold new sound, catchy from the first moment you press play “Personality” may be the defining song of the rebirth of authentic hop-hop. This song is a game changer. Of note vocal delivery and amazing production, the lead vocal and the music melt together KULTURE FREE-DEM is proving to be a true force in music. PURCHASE HERE FOLLOW ON: TWITTER | FACEBOOK | INSTAGRAM”

“Toggle navigation Versatile Artist Kulture Freedem Sets a New Benchmark with His New Single ‘PERSONALITY’ Forthcoming artist Kulture Freedem (MC EWL Equipt With Lyrics) has appeared a refreshingly unique track ‘PERSONALITY’ which is driving the fans wild with its vibrant musicality. This New York-based artist has been making music from a very young age. His high quality sound and innovative approach towards hip hop and rap has been garnering quite a reputation and a huge fan base ever since. He strives to produce impeccable musical masterpieces and his passion and dedication towards music has helped him win a prestigious rap contest at a St Gabes event and concert. He launched his tracks and albums on popular social media platforms and music streaming sites. The track ‘PERSONALITY’ is written and by Malik H Uhuru and is released by the production house named KAELA ENTERTAINMENT. The artist Kulture Freedem(MC EWL Equipt With Lyrics) has proven himself to be very creative with his work. This flawless production and well-performed track is a combination of incredible style and attitude of the artist. The gritty vocal performance, fast-paced beats and rhythms and instrumentation in ‘PERSONALITY’ will lead the fans to the dance floor. The creative and carefree soundscape and the easy-going vibes will undoubtedly get any fans hooked to this artist’s work. For more tracks go through the following link : https://soundcloud.com/user-816857410   Follow the artist Kulture Freedem on social media : https://www.facebook.com/KULTUREFREE https://www.instagram.com/kulturefreedem/   Music Promotion Club@musicpromoclub If you are a #hiphop music lover then you should listen to this cool song 'Personality' by #KultureFreeDem on Soundcloud. https://soundcloud.com/user-816857410/personality?utm_source=soundcloud&utm_campaign=share&utm_medium=twitter … 4 5:37 AM - Dec 7, 2018 Twitter Ads info and privacy See Music Promotion Club's other Tweets 0 Comments Login Comment ≪ Prev Next ≫ Independent Hip-Hop Artist 16 Stonez Is Creating A Big Fan Base with Single ‘Wraith’ Feb 5, 2019 Finding Butterflies is Collaborating Progressive Rock with Celtic Insertions in ‘Hard Cold Rain’ Feb 18, 2019 The Colourful Beats Incorporated by BXNE Offers a Refreshing Ambience to the Listeners Mar 12, 2019 Beat Maker Dutch Denim is Recreating the Versatile Elements of Various Genres in his Tracks Feb 19, 2019 Music Promotion ClubMusic Promotion ClubFollow On © 2016-19 MusicPromotion. All rights reserved.       Terms & Conditions | Privacy Policy | Contact Us”

“Endeavouring indie artist Kulture Freedem is rocking the gala with his new and noteworthy release ‘HONEY SMOKE’. This artist proves his skills as a consummate rapper and performer through incorporating his brand new approach in his music. The creativity and professionalism of this artist make him a force to be reckoned with. He owns a production house named Kaela Entertainment. The beats, hook and the reverbs of his latest release hit the ears hard and get the party animals wild on the floor. His music reminds us of the golden era of hip hop and rap music. He is known for delivering super-hit hip hop tracks and albums. This recording artist and rapper in New York adds a whole new dimension to his music. The way this artist Kulture Freedem has crafted his track ‘HONEY SMOKE’ is enough to leave the audience hypnotized. He knows what his fans want and he delivers exactly that. The electronic vibes, repetitive snippets and the funky soundscape set this track apart from all others. The intricate story-line, lyricism and story-telling skills establish his ingeniousness and proficiency. He is not afraid to walk his own path and create something incredibly contemporary and cutting-edge for his fans.   ‘HONEY SMOKE’ : https://soundcloud.com/user-816857410/kulture-free-dem-honey-smoke-01-honey-smoke”